The Burden of Proof and Other Challenges in Injury Lawsuits

Being Harassed At Work? 5 Reasons To Hire A Lawyer

If you're getting harassed at work, you need to take action as soon as possible. Harassment can undermine your ability to work. It can also increase your risk for depression, anxiety, and stress. If you've documented the harassment to no avail, it might be time to hire a lawyer. You might have a legal claim against your harasser and against your employer. This is especially true if nothing has been done to resolve the problems you're facing. If you're not sure that your treatment falls under the category of harassment, read the list below. If you're dealing with any of the issues described below, it's time to talk to a lawyer.

If your boss has made unwanted sexual advances toward you, talk to a lawyer. Your boss could be abusing the power they have over you. This is especially true if your refusal has resulted in lost promotions. Bosses do not have the right to use their power to get you to do sexual favours for them. Nor do they have the right to withhold promotions when you refuse those sexual advances. A lawyer can help you fight this type of harassment.

If you're being cyberbullied by someone at work, you need to document the attacks. Cyberbullying includes attacks through emails, text messages, or social media posts. Some forms of cyberbullying can involve threats against your safety or hurtful comments. Cyberbullying can also include stalking and defamation. If you've received this type of harassment, it's time to seek legal help from a lawyer.

If you filed a complaint, and now you're being mistreated at work, it's time to seek legal representation. Retaliation is a form of workplace harassment. Some forms of retaliation can include reduced work hours and negative work reviews.

If you're being mistreated at work due to your gender, don't ignore the problem. Gender discrimination is a form of harassment, and should be taken seriously. Gender-related harassment can include off-colour jokes, sexually-explicit photographs, and name-calling. If you're facing this type of behaviour at work, it's time to hire a lawyer.

If you're the victim of age-related harassment, you may need to hire a lawyer. Ageism is a form of discrimination that attacks people based on their age. Ageism affects older people, especially those who have reached their senior years. A lawyer can help you break free from ageism in the workplace.

Reach out to a lawyer in your area to get more advice. 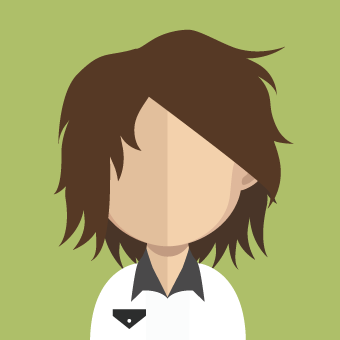 Welcome to my blog. My name is Flannery, and I love to write. I am currently studying law and considering pursing specialisation in personal injury law. To help organise my thoughts, I decided to create this blog. I plan to focus on a range of issues related to choosing an attorney and figuring out how to win your case. I may post on law updates or relevant past cases as well. If you are in the midst of a personal injury case or even if you are also a student interested in learning about this aspect of the law, I hope that my blog can help you. Enjoy!